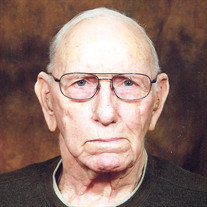 William E. Balmer, 85, Rochester, formerly of the Akron and Mentone area, passed away at 8 p.m. Monday, Nov. 10, 2014, at Hickory Creek, Rochester. He was born on March 27, 1929, in St. Joseph County to Albert and Elsie (Perry) Balmer. He was married on May 19, 1951, in Fort Rucker, Ala., to Alice V. Perry and she survives. Bill worked from 1953-1958 as a milk hauler for Eldon Germann, then for the Burket Elevator from 1965-1972. He served on the Kosciusko County Franklin Township Advisory Board for 18 years. He retired from farming in 1992 and began working for Scott's Food Store, Rochester, from 1994-2002. He was a member of the Beaver Dam United Methodist Church. He served his country in the U.S. Army during the Korean Conflict. Survivors include his wife, Alice Balmer, London, Ky.; daughters Jeannie A. and husband Jim Smith, Rochester, Janet L. and husband John Lipps, London, Ky.; son Wayne E. and wife Merlinda Balmer, Roann; grandchildren David, Debra, Shaun, Brian, Jeremy, Jason, Michael and Joshua; 9 great-grandchildren; sister Shirley Lakins, Bremen; brother Eldon and wife Florence Balmer, Castorville, Texas; and several nieces and nephews. He was preceded in death by his son and daughter-in-law, Stanley R. and wife Jean Balmer; sisters Leona Nickerson and Esther Young; brothers Harold, Perry, Delbert and Roger Balmer. His funeral service is 10:30 a.m. Friday, Nov. 14, 2014, at King Memorial Home, 101 N. Tucker St., Mentone, with pastor Butch Troke officiating. Interment is to be in the Mentone Cemetery where graveside military rites will be performed by the American Legion and the VFW of Warsaw. Visitation is from 3-7 p.m. Thursday, Nov. 13, 2014, at King Memorial Home, Mentone. Memorial contributions may be made to the Pleasant Hill United Methodist Church Building Fund or the Fulton County Transpo.

The family of William Balmer created this Life Tributes page to make it easy to share your memories.

William E. Balmer, 85, Rochester, formerly of the Akron and Mentone...

Send flowers to the Balmer family.