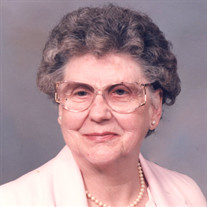 Age: 92 Place of Residence: Peabody Retirement Community of North Manchester, Indiana and formerly of rural Macy, Indiana, Sharpsville and Windfall, Indiana Time, Date & Place of Death: 5:28 pm, Monday, June 2, 2014 at Peabody Retirement Community of North Manchester, Indiana Date of Birth: June 17, 1921 Place of Birth: Kokomo, Indiana Parents Names: Ray Lindsay and Iva May (Galbreath) Hutto Date and Place of Marriage: August 8, 1944 at the Methodist Church in Windfall, Indiana to Orville R. "Dick" Lewis who preceded Dec. 6, 2010 Occupation: She was a fine artist (in her own words – she dreamed of being a ballerina till she discovered fine art, then art was her main love in work or pleasure for the rest of her life) she won many honors in juried art fairs and events. Ginny was proud to be a meteorologist at Weir Cook Airport during WWII, later she was a homemaker, a mother, an interior designer, a teacher, a farmer and gardener as well as a genealogist who loved her husband with all her heart and work alongside him for more than 66 years. She said she “hated” to cook, but she was a gourmet in all her attempts and many a “Ginny Lewis recipe” has been handed down to family and friends. She dearly loved Bible study and theological discussions with her family as well. Memberships: She was a graduate of Wood High School (Windfall, IN), graduated from Layton School of Art (Milwaukee, WI) and she then attended the School of Art at Indiana University in Bloomington until WWII began. Ginny was lifetime member of the Methodist Church active in the Sharpsville Methodist Church, the Windfall Methodist Church and later The United Methodist Church of Windfall. For many years Ginny was a leader there in the WSCS (UMW) and Vashti Circle. When relocated to northern Indiana she was chosen as the music director of Emanuel UMC, Roann, IN; a task she loved. She also loved entertaining the family with piano and organ music at home. She was a member of PerryDoRites Home Economic Club of Miami County where she held several offices and served as President. As well as being active in the Order of the Eastern Star, Kappa Delta Phi Sorority, and the Business and Professional Women's (BPW) Foundation she was a leader for Girl Scouts and Brownies and a den mother for Cub Scouts and a leader in the PTA when her children were young. Survivors and place of residence: Daughters - Rev. Teresa V. Lewis - Macy, Indiana Fran Renee and husband Malcolm Burbury – NSW, Australia Tracey and husband Leonard Luty - Pine, Colorado Son - Richard C. and wife Sherry Lewis - Kokomo, Indiana 3 Grandchildren - Craig Lewis - Kokomo, Shannon Willis - Arcadia, and Erin West - NSW, Australia 5 Great Grandchildren Brother – Merl Hutto – Newberg, New York Several nieces and nephews Preceded in Death By: Husband - Orville Richard Lewis Daughter – Darcy Kit Lewis-McMahon Parents - Ray Lindsay and Iva May (Galbreath) Hutto Sister - Betty and her husband Alton Brown Sister in law – Milada (Vanecek) Hutto Time and Date of Services: 11:30 am, Saturday, June 7, 2014 Place of Services: Hartzler Funeral Home 305 West Rochester Street Akron, Indiana Minister: Reverend Teresa Lewis Place of Burial: Sharpsville Cemetery, Sharpsville, Indiana Visitation Hours: 10 am to 11:30 am, Saturday, June 7, 2014 at Hartzler Funeral Home Memorial Contributions to: Alzheimer’s Association or contributor’s choice

The family of Virginia Mae "Ginny" Lewis created this Life Tributes page to make it easy to share your memories.

Send flowers to the Lewis family.