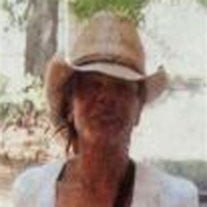 Tracy Michelle Lewis, 50, Akron, passed away unexpectedly Feb. 17, 2013. She was born June 6, 1962, in Chicago, Illinois, to Michael Lewis and Wildlean Carroll. She owned and operated Farmmaster Trailers in Laketon, a manufacturer of grain trailers, for 20 years. She had also worked at Fiesta Hair Salon in Rochester as a cosmetologist and esthetician and at Tanker Trailers Inc., Laketon. She graduated from Hyde Park Academy, Chicago, Ill., in 1980. In 2010, she received her degree from the Salon Academy in Kokomo, and in 2012, she earned a degree from CHT School of Cosmetology in Marion. She was a member of the Helen Wells Modeling Agency. Tracy enjoyed being with her family and friends. She also enjoyed working, going to school, music and helping others in any way she could. She was a devout Christian. She liked walking and was an animal lover. Survivors include her mother, Wildlean Carroll, Tampa, Fla.; her father, Michael and wife Evonne Lewis, Chicago, Ill.; three sisters, Robin Curry Williams, Chicago, Ill.; Misty and husband Walter Coleman, Brewton, Ala., and Quita Lewis Coleman, Brewton, Ala; one brother, Walden Fitzgerald, Tampa, Fla., her friend Eric Sebasty, Akron; and several nieces and nephews. A memorial service is at 11 a.m. Saturday, March 9, 2013, at Akron Church of God, Akron, with Pastor Terry Canfield officiating. Hartzler Funeral Home has been entrusted with assisting the family in arrangements.

The family of Tracy Michelle Lewis created this Life Tributes page to make it easy to share your memories.

Send flowers to the Lewis family.