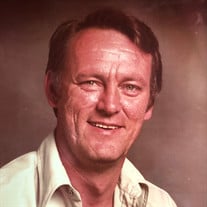 Roy Franklin Presley, 74, of rural Mentone (Palestine) left his cancer filled body, which had a very rare thoracic sarcoma, to be with his savior and wife of 50 years that he missed more than words could ever say on December 17, 2020 at his residence. Roy was born on July 20, 1946 in Matewan, West Virginia to the late Paris L. and Minnie (Coleman) Presley. On February 7, 1963 he married the love of his life Edna Carol Layne, who preceded him in death on Sept. 15, 2013. No one ever met Roy that didn’t talk about his dancing, beautiful smiling eyes, infectious laugh, and smile that would light up any room. He never met a stranger and would help anyone, anywhere, anytime. From something major like putting on a roof to putting gas in a stranger’s car, even if it was his last $5. Cars were his lifetime interest. Someone told him he couldn’t take a 4 door car and make it a 2 door. His response was “challenge accepted!” His 1969 Chevy Malibu was his pride and joy. It would cause people to stop and gather wherever it was. He took 32 inches out of the middle and a one of a kind 1969 coupe was born. His daughter and their families were his world. There was nothing he would not do for them. As a construction guy he built all three of them custom homes, which they reside in still today. He knew it all from roof to basement and everything in between. On his automotive side it went from custom builds to minor repairs. Once again there was nothing he could not do from paint jobs to turning a wrench. He passed these skills on not only to his daughters, but to his grandchildren too. He was willing to teach anyone that wanted to learn. He and his wife could clear the dance-floor when they danced the jitter bug. After 50 years, it was amazing to watch them. They could communicate with each other just by a look. He would say the key to a long marriage is to “agree to disagree” when needed. Roy is survived by daughters Carol Presley Ousley, Mentone; Royetta (Tommy) Good, Mentone; and Brenda Shepherd, Mentone; grandchildren Jonathan (Michelle) Dotson, Timothy (Martha) Dotson, Linzi (Jordan) Polk, Holly Ousley and fiancé Jimmy Miller, Kevin (Dusty) Good, Amanda (Rigo) Butler, Dalton Baldridge and Everett; great grandchildren Michael, Timothy, Devlin, Hadley, and Miranda; and a special daughter Marsha (Harold) Lester. He was preceded in death by his parents, wife Edna Carol Presley, and siblings Alvin, Travis, Leon, Ruth, Grady, Paul, and Gertrude. A service was held at King Memorial Home 101 North Tucker Street Mentone, Indiana and Pastor Glenn Hall officiated. The interment was in the Palestine Cemetery, Palestine, Indiana next to his wife Edna. Donations can be made in his memory to the Burket Fire Department. Share a Memory or send an Online Condolence at: www.hartzlerfuneralservices.com

Roy Franklin Presley, 74, of rural Mentone (Palestine) left his cancer filled body, which had a very rare thoracic sarcoma, to be with his savior and wife of 50 years that he missed more than words could ever say on December 17, 2020 at his... View Obituary & Service Information

The family of Roy Franklin Presley created this Life Tributes page to make it easy to share your memories.

Send flowers to the Presley family.