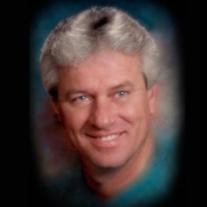 Robert Ray "Bob" Rudd, 64, 1614 Ewing Rd., Rochester, formerly of Yorktown, died at 3:30 p.m., Friday, May 11, 2012, surrounded by his devoted family at his sister's Rochester home. He was born on Nov. 4, 1947, in Salyersville, Ky., to Hurndon and Finettie (Kraft) Rudd. He was a truck driver, driving for various companies including TB&P Trucking, Hall Brothers Trucking and E&B Paving. He was a United States Air Force veteran serving in Vietnam, a member of the American Legion Post 446, Dalevile, the VFW Post 1343, Rochester, and also was a member of the Teamsters Local 716. Bob loved horses and going trail riding with family. He was a member of the Akron High School class of 1966. He enjoyed camping and sitting around the campfire with friends and family. He was an avid NASCAR fan. He is survived by a daughter, Robin and husband Doss Baker, Anderson; three grandchildren, Kyle, Evan and Cole Baker, all of Anderson; a step-grandson, Jordan and wife Malissa Parks, Freeport, Fla.; one step-great-grandson, Alijah Parks; four sisters, Marcella and husband Keith Boyd, Karen Clark, Kathy and husband Ron Moore and Debbie and husband Daryl Powell, all of Rochester; and three brothers, Jack Rudd, David and wife Linda Rudd, both of Rochester, and Bernard and wife Katie Rudd, Denver. He was preceded in death by his parents; a sister, Daisey Rudd; a sister-in-law, Susie Rudd; and a brother-in-law, Russell Clark Funeral services will be at 10:30 a.m., Tuesday, May 15, 2012, at Hartzler Funeral Home, Akron, with Rev. Amber Karkosky-Litten officiating. His place of burial will be at Athens-Hoover Cemetery, Athens, where graveside military rites will be conducted by the LeRoy Shelton American Legion Post 36 and the VFW Post 1343, both of Rochester. Visitation will be from 4-8 p.m. Monday, May 14, 2012, at Hartzler Funeral Home, 305 W. Rochester St., Akron. Memorial donations can be made to the Rudd Family Relay for Life Team or the American Cancer Society.

The family of Robert Ray (Bob) Rudd created this Life Tributes page to make it easy to share your memories.

Send flowers to the Rudd family.