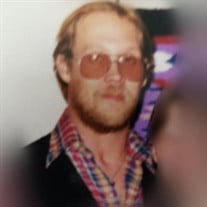 Robert “Bobby” Harry Yakes, 57, of Akron, Indiana and formerly of Cottonwood, Arizona passed at 10:13 am, Thursday, July 29, 2021 at his residence. Bobby was born on May 13, 1964 in Grand Rapids, Michigan to the late Ronald and Mary (Fuller) Yakes. He married on June 6, 1991 in Lowell, Michigan to Susan Griffith, she survives. Bobby was a graduate of Lowell High School. He worked as a line worker doing injection moldings. He also had been a gardener for many years. He enjoyed watching NASCAR and was a fan of Mark Martin and Chase Elliott. He and his wife Susie had a nice sized property that he enjoyed maintaining. After he used his skills improving the grounds, it looked like a golf course. Bobby is survived by his wife Susie Yakes of Akron; daughter Jennifer Hale, siblings Albert Yakes, Susan Gillespie, and Michelle Yakes Young; grandchildren Macy, Hannah, Evan, Zak and wife Katie, and Alyssa and husband Nick; 6 Great Grandchildren; mother-in-law Ramona Griffith; sister-in-law Virginia Bremer; and many friends, nieces, nephews, and his beloved Cottonwood friends. He was preceded in death by his parents, his father-in-law Joseph Griffith, and a brother-in-law Robert P. Bremer Following Robert’s wishes, no services will be held at this time. The arrangements have been entrusted to Hartzler Funeral Home 305 West Rochester Street Akron, Indiana.

The family of Robert "Bobby" Harry Yakes created this Life Tributes page to make it easy to share your memories.

Send flowers to the Yakes family.