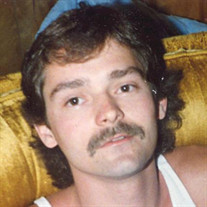 Richard G. Fry, 46, Akron, died at 3:54 p.m. Sunday, Nov. 9, 2014, at Lutheran Hospital, Fort Wayne, after being in failing health since July 20. He was born on Jan. 21, 1968, in South Bend to Richard A. and Jacqueline (Nowak) Fry. He was married on April 22, 1988, in Rochester to Shelly (Tarter) Fry, and she survives. He worked for Lau Industries, Rochester, for 14 years as a machinist. He was a graduate of Caston High School, and became a certified welder, CNC operator/machinist and a journeyman in tool and die. He was known to do many things such as woodworking, plumbing, electrical and landscaping. He loved grilling as well as watching Notre Dame football. Richard was a family man and he was always proud of his children. He will be deeply missed. Survivors include his wife, Shelly Fry, Akron; daughter Jackie Fry, Denver; and sons Travis and wife Kayla Fry, North Manchester, and Jeremy Fry, Akron; grandchildren Emma Maye and a granchild on the way in December; sister Tina; and special friends David and Missy Jones, Fulton. Preceding him in death are his parents, Richard A. and Jacqueline Fry, brother Robert Fry, and maternal grandparents Jack and Matilda Nowak. His funeral service is 1 p.m. Saturday, Nov. 15, 2014, at Hartzler Funeral Home, 305 W. Rochester St., Akron, with pastor Rob Mace officiating. Burial is at Akron Cemetery, Akron. Visitation is from 11-1 p.m. at the funeral home. Memorial contributions may be made to Hope House Inc., 1129 Garden St., Fort Wayne, IN 46802

The family of Richard G. Fry created this Life Tributes page to make it easy to share your memories.

Send flowers to the Fry family.