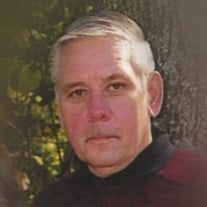 Larry Lee Heisler, 80, of rural Mentone passed at 3:09 pm, Thursday, Dec. 3, 2020 at Signature HealthCare of Bremen, Indiana from complications of Covid-19. He was born on Sept. 16, 1940 in Etna Green, Indiana to the late L. Alma (Bach) and C. Wayne Heisler. He married on July 1, 1960 to Diane J. Truex, she preceded him in death on Aug. 12, 2015. Larry was born and raised and spent most of his life in Kosciusko County. Larry graduated from Etna Green High School in 1960. He excelled in athletics and loved basketball and track and field. Playing basketball, he scored 1300 points for the Cubs from 1957-1960. The 1957-58 teams finished 48-2 winning 2 County Titles and had an undefeated regular season. The team won the Sectional in 1958. In track and field he was an All-State shot-putter in both his junior and senior years. As a senior he led the state with what was a county record of 59 feet. After being named to the Indianapolis Star’s Top 100 seniors team, Larry attended Grace College. At Grace he played both basketball and threw shot. He set a school record in shot-put that stood for more than 25 years. He was honored by being inducted into the Kosciusko County Basketball Hall of Fame. Larry also attended and graduated from the Indiana Police Academy that was then located at the University of Indianapolis. He then was employed by the City of Warsaw Police Dept. Larry and his family moved from Warsaw to begin farming near Claypool. While farming, he also ran a land clearing business as well as sandblasting and painting farm equipment. He then opened the Warsaw Phytness Center in the early 1980’s. He began coaching Track and Field for Warsaw and then went on to become head coach. He won numerous NLC, Sectional, and Regional titles as well as producing many All-State student athletes. Larry loved to travel, especially to Bloomington where he would attend IU basketball games for more than 30 years. His very first game was memorable. Larry and his wife Diane had seats in Row 1 behind IU’s bench. As he loved to tell, Coach Knight walked to the bench, looked at him and asked “Are you using this chair?” He then picked it up and threw it across the court. “First game I ever went to and Coach Knight gets thrown out before halftime!” In the middle 1990’s he moved to Bedford, Indiana where he coached Track for Mitchell High School as well as raising Angus cattle. They then moved back to Etna Green in 2008. Larry then worked transporting his Amish friends to and from work sites until retiring in 2015. Larry was preceded in death by his parents and his wife Diane Heisler. He is survived by a son Randy and wife Tammy Heisler of Bloomington, grandchildren Lindsey McDonald, Kiley Heisler-Kinser, and Cameron Heisler, great grandchildren Landon, Laryn, and Lennox, and brothers Tom Heisler and Ted Heisler both of Etna Green. Following his wishes no services will be held at this time. The arrangements have been entrusted to King Memorial Home 101 North Tucker Street Mentone, Indiana.

The family of Larry Lee Heisler created this Life Tributes page to make it easy to share your memories.

Send flowers to the Heisler family.