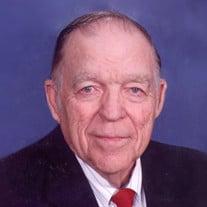 Larry T. Hartzler, 84, of rural Akron, Indiana passed at 11:04 pm, Monday, March 26, 2018 at Vibra Hospital of Ft. Wayne, Indiana as a result of a traumatic fall at his home on March 2. He was born on Jan. 18, 1934 in Miami County, Indiana to Lester “Joe” and Helen Marie (Thompson) Hartzler. He married on July 27, 1951 in Disko, Indiana to Beverly A. Pearson, she survives. Larry was a lifetime farmer. He was a school bus driver and owned and operated Hartzler Excavating where he did ditching, septics, tiling, and hauling dirt and limestone. Also in earlier years he operated an egg route in the area. Larry was a longtime member of the Akron Church of God where he was an active member. He also was a member of the Farm Bureau and the Wally Byam Airstream Club International. He and his wife Bev traveled many years in their Airstream to Florida. They also traveled to many rallies with close friends and neighbors the Youngs, Smokers, and Slaybaughs. He always enjoyed in the morning drinking coffee and catching up on the latest news at the Mini-Mart in Akron. Survivors and place of residence: Wife – Bev Hartzler – Akron, Ind. Son – Chad Hartzler – Akron, Ind. Sister – Patsy and husband Channing Utter – Akron, Ind. Sister-in-Law - Evelyn and husband Charles McDonald – Muncie, Ind. Brother-in-law – Chris and wife Diane Pearson – North Manchester, Ind. Preceded in Death By: Parents Brothers – Stephen, Richard “Jack”, and Jerome Hartzler Time and Date of Services: 11:30 am, Saturday, March 31, 2018 Place of Services: Akron Church of God 301 South West Street Akron, Indiana Minister: Pastor Kathy Nelson Place of Burial: Akron Cemetery, Akron, Indiana Visitation Hours: 10 am to 11:30 am, Saturday, March 31, 2018 at the Akron Church of God Arrangements are Entrusted to: Hartzler Funeral Home 305 West Rochester Street Akron, Indiana Memorial Contributions to: Akron Church of God or to Gideon’s International

The family of Larry T. Hartzler created this Life Tributes page to make it easy to share your memories.