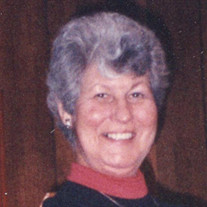 Josephine Blue, 86, Warsaw, formerly of Santa Ana, Calif., Argos and Rochester, died at 9 a.m. Thursday, Dec. 25, 2014, at Kosciusko Community Hospital, Warsaw. Born on April 7, 1928, in Rochester, to Curtis and Margaret (Etchyeson) Croussore. On May 23, 1945, she married Lewis Donald Blue. He preceded her in death on June 4, 1992. She then married Melvin E. Swango on July 7, 1996. He preceded her in death on Nov. 28, 2004. Josephine was a homemaker. She was a member of the Warsaw Church of the Nazarene. She enjoyed flowers and gardening. Survivors include a son, Dennis and wife Glenna Blue, Warsaw; daughter Debra and husband Matt Kenny, Knox; five grandchildren; and seven great-grandchildren. She was preceded in death by her parents, husbands, four sisters and four brothers. Her funeral service is 1 p.m. Monday, Dec. 29, 2014, at King Memorial Home, 101 North Tucker St., Mentone, with pastor Michael McFarland officiating. Visitation is 11 a.m. to time of service at the funeral home. Burial is to be at Mentone Cemetery. Memorial contributions may be made to Warsaw Meadows Care Center, 300 E. Prairie St., Warsaw, IN 46580.

The family of Josephine Blue created this Life Tributes page to make it easy to share your memories.

Send flowers to the Blue family.