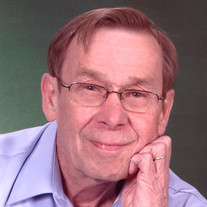 John P. Zimmerman, 77, Akron, passed away at 10:25 a.m. Thursday, Aug. 28, 2014, at his residence surrounded by his family after being homebound for the last two weeks. He was born on March 16, 1937, in Rochester the son of Robert Byron Zimmerman and Sarah "Sally" Chamberlin. On Dec. 28, 1957, at the United Methodist Church in Akron he married Marvus A. Hively. John worked as a distributor for Sutter Dairy, Borden's Milk, and Dean's Milk, where he worked for 19 years. He also worked for Hively's Manufacturing in sales. Most recently he was a contractor for Clean Burn, working in sales and service for waste oil furnaces, for 19 years until April 2013. He was a member of the Akron United Methodist Church. He had been a member of the Akron Chamber of Commerce and had served on the Akron Town Board. He also had been a Henry Township Volunteer fireman for more than 25 years. He enjoyed visiting with friends at the Mini Mart as well as the restaurant. He loved fishing, deer hunting and most of all spending time with his grandchildren. Survivors include a his wife, Marvus Zimmerman, Akron; two daughters, Pamela and husband Brian Romine, Mentone, and Debra and husband Arik Lee, Rochester; three grandchildren, Brittany and husband Nate Mills, Brice Romine and Tanner Lee; two sisters, Sandra Witham, Palestine, and Bonnie and husband Ralph Clupper, Rochester; half sister Cathy and husband David Ginther, Rochester; half brother Joe Bob Zimmerman, Akron; and several nieces and nephews. He was preceded in death by his parents, an infant daughter, two infant grandchildren, Nathan and Darin Lee, and brother David Zimmerman. His funeral service is 2 p.m. Sunday, Aug. 31, 2014, at Hartzler Funeral Home, 305 W. Rochester St., Akron, with Pastor David Eaton officiating. Visitation is Saturday, Aug. 30, 2014, from 2-7 p.m. at the funeral home. Burial is at Akron Cemetery, Akron. Memorial contributions may be made to Gentiva Hospice or the Akron United Methodist Church Music Fund. Share a memory or send an online condolence at www.hartzlerfuneralservices.com.

John P. Zimmerman, 77, Akron, passed away at 10:25 a.m. Thursday, Aug. 28, 2014, at his residence surrounded by his family after being homebound for the last two weeks. He was born on March 16, 1937, in Rochester the son of Robert Byron Zimmerman... View Obituary & Service Information

The family of John P. Zimmerman created this Life Tributes page to make it easy to share your memories.

Send flowers to the Zimmerman family.