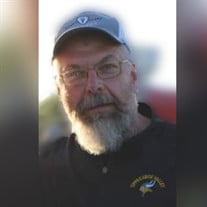 Jeffery Smith Shriver 53, of Rochester, passed away at the Cleveland Clinic following a brief, but valiant battle against cancer. On November 20, 1966, Jeff was the first born of Stephen and Jane Smith Shriver. Growing up he shared his childhood with two sisters Tina and Beth. Jeff graduated from Rochester High School in 1985. To pursue his life dream of becoming a teacher and coach, Jeff continued his formal education at Purdue University. He graduated in 1990 with a BS degree in secondary education. Jeff continued on at Purdue University in Ft. Wayne, where he earned his master's degree in administration. On June 15, 1991, at the Fulton Baptist Temple, Jeff married the love of his life and best friend, Fleetie Jane Emery. Their union produced four wonderful children. The family tree continued to grow with the added blessing of a beautiful granddaughter Emery. In 1990, Jeff initiated his teaching career near Richmond. Returning home to Fulton County, for the past 29 years he taught government, economics, and other social studies, commanding the attention of his students with many innovative lessons of life and learning. He conveyed a lifelong influence on the students lives he touched. Mr. Shriver affectionately known as "Shrive, " co- founded the real life learning experience "Farm to Fork;" bringing livestock onto the Valley campus that he and his students raised learning a special blend of economics and agriculture. Coach Shriver served as Valley's head football coach from 2006 - 2013, compiling a record of 47 - 34, while guiding the team to three, Three River's Conference wins in 2006, 2011 and 2012. Shrive was one of Valley's assistant coaches during other TRC title years in 1993,1994, and 2004 and sectional championship team in 1992. He was proud to coach the Unified Flag Football team to a 2018 sectional, regional,and semi-state titles and a 2019 sectional championship. At home, Jeff was passionate about his family and farming. He was an enthusiastic and proud supporter of all his family's endeavors. They owned a herd of fine Hereford cattle and he thoroughly enjoyed baling hay with family, friends and recruited football players. He always loved getting a good deal at an auction. Left to cherish Jeff's memory are his wife Janie, at home, children Stephanie Paige McCulley and husband Drew of Hartford City, Shayleigh Nicole Shriver of West Lafayette, Benjamin Smith Shriver of Elkhart, a granddaughter Emery Jane McCulley, his parents Steve and Jane Shriver of Rochester, sisters Tina Ford and fiancee' Christian Holford of Alexandria, and Beth Smith and husband Adam of Kewanna, 9 nieces and nephews: Shelby, Abby, Caleb, Wilson, Maggie, Tara, Tristan, Morgan, and Kyle; 2 brothers-in-law David Emery and wife Donna of Macy, Doug Emery and wife Tricia of Lafayette. Preceding Jeff in death are his son Stephen Doyne Shriver on August 11, 1995, grandparents Margaret Smith on January 28, 2012, Herbert D. Smith on May 30, 1986, Mary Shriver on May 30, 1994, Don Shriver on August 2, 1991; in-laws Luella Emery on January 19, 2012, Doyne Emery on April 30, 2018 and sister-in-law Julie Emery Bailey on January 31, 2012. A celebration of the life of Coach Jeffery S. Shriver will be held at 10:00 AM on Monday, December 23, 2019 at the Tippecanoe Valley High School, 8345 State Road 19, Akron, IN 46910. Pastor Rodney A. Eiler and Dr. Mark Spencer will officiate. His family will receive friends from 1:00 - 5:00 Sunday, and an hour prior to services on Monday. A private family burial will take place in the Rochester IOOF Cemetery. Preferred memorials may be made to Jeffery Smith Shriver Memorial Fund through the Northern Indiana Community Foundation, 227 East 9th Street, Rochester, IN 46975. This fund was initiated from the generous support of his colleagues, friends and community associates at the community benefit hosted by Valley last week. Jeff's family requests sharing a written memory or a picture when coming to the visitation or service. Online expressions of memories or stories may be made to Jeff's family at his TVHS address [email protected] The Good Family and Hartzler Funeral Homes are caring for his family.

Jeffery Smith Shriver 53, of Rochester, passed away at the Cleveland Clinic following a brief, but valiant battle against cancer. On November 20, 1966, Jeff was the first born of Stephen and Jane Smith Shriver. Growing up he shared his childhood... View Obituary & Service Information

The family of Jeffery Shriver created this Life Tributes page to make it easy to share your memories.

Jeffery Smith Shriver 53, of Rochester, passed away at the Cleveland...

Send flowers to the Shriver family.