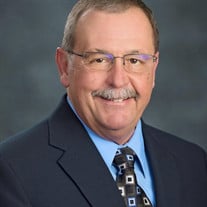 Jack Crockett Fetrow passed away in Winamac, Indiana on September 17th 2018. Jack is preceded in death by his parents Clyde O. and Freda (Crockett) Fetrow, his grandparents Carl and Maude (Minnick) Crockett, and step son Jared Airgood. Jack is survived by his loving wife, Laurie (Trent). They were married on June 24th 2017 in Winamac, IN. Jack is greatly missed and lovingly remembered by his son Aaron (Jodi) Fetrow and grandsons Jadon and Zach Fetrow of Salem, VA; his daughter Linda Fetrow and grandsons Alex and Hunter Craft of Akron, IN, step daughters Victoria Morrison, Alyssa Morrison and grandson Keaton Morrison all of Winamac; Erica (Ryan) Freeman and grandchildren Kaya, Maebe, and Klaus of Kokomo. Jack Crockett Fetrow was born December 29th 1953 to Clyde and Freda (Crockett) Fetrow in Fulton County Indiana. Jack graduated from Akron High School in 1972, a star athlete, excelling in basketball and baseball. Jack developed an early love of the fire service. He would go on to spend most of his life fighting fires, investigating them or educating others in the field. He had a calling to serve and help others, becoming the Director of Public Safety for North Manchester, then moving on to Donan Engineering, leading their Fire Investigation Division for years. Jack was a long-time member and former president of the Indiana Chapter of the International Association of Arson Investigators, a long-time member of the National Association of Fire Investigators, as well as a licensed investigator across the country. He loved his children and grandchildren and would do anything to help anyone in need. Jack never met a stranger, quickly making friends wherever he would go. His network of friends would grow to span across the country. He loved to travel and explore new locations, but most of all he enjoyed being home, on the river, enjoying the serenity of his deck, watching the wildlife, fishing off the dock, hosting small bonfires, and reflecting on his life with friends and family. Jack is and will be greatly missed by all who knew him. A memorial visitation will be from 2 pm to 5 pm, Saturday, Sept. 29, 2018 at Hartzler Funeral Home 305 West Rochester Street Akron, Indiana. A private family service will be held. Mr. Fetrow’s interment will take place in the Akron Cemetery, Akron, Indiana. The arrangements for the family have been entrusted to O’Donnell Funeral Home of North Judson and the Hartzler Funeral Home of Akron. Donations can be made in lieu of flowers to the Henry Township Volunteer Fire Dept. Share a Memory or send an Online Condolence at: www.hartzlerfuneralservices.com or to www.odonnellfhome.com

The family of Jack Fetrow created this Life Tributes page to make it easy to share your memories.

Jack Crockett Fetrow passed away in Winamac, Indiana on September...

Send flowers to the Fetrow family.