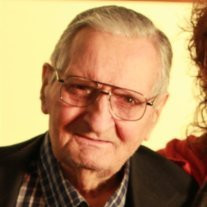 Gene O. Whitteberry, 84, of Mentone, and formerly of Walkerton, passed away at 10:35 a.m. Thursday, July 18, 2013, at Hickory Creek, Rochester. Gene was born Aug. 12, 1928, in Stockwell, to Wesley and Bertha Mae (Crose) Whitteberry. He married Irene Gouker Place on Aug. 8, 1973, in Walkerton. She preceded him in death on Dec. 25, 1983. Gene was a process engineer for Torrington of South Bend. He retired in 1982. He graduated from Walkerton High School in 1946. Gene then served his country in the U.S. Air Force. He furthered his education at the Allied School of Mechanical Trade in Chicago, Ill. He attended the Mentone United Methodist Church and was a member of the Masonic Lodge 266, of North Liberty, and the Scottish Rite of South Bend. Survivors include three daughters, Roxann and husband Ronnie Drake, Walkerton, Norma and husband Charles Sobieralski, Koontz Lake, and Tammy Stoneburner, Mentone; one brother, Harold Whitteberry, Hoffman Estates, Ill.; eight grandchildren; and eight great-grandchildren. He was preceded in death by his wife, Irene; sisters, Helen and Mildred; and three brothers, Bob, Elmer and his twin brother, Dean. Funeral service is at 10:30 a.m. today at Mentone United Methodist Church, Mentone, with Rev. Amber Karkosky-Litten officiating. Visitation is one hour prior to the service at the church. Burial will be at 1:45 p.m. Saturday in Woodlawn Cemetery, Walkerton. Memorial contributions may be made to Mentone United Methodist Church, Hickory Creek, Rochester, or the Center for Hospice.

The family of Gene O Whitteberry created this Life Tributes page to make it easy to share your memories.

Gene O. Whitteberry, 84, of Mentone, and formerly of Walkerton,...

Send flowers to the Whitteberry family.