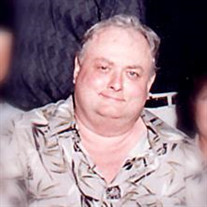 Gary W. “Stormy” Miller, 68, formerly of Gilead, Indiana passed at 4:30 pm, Thursday, November 14, 2019 at Miller’s Merry Manor of Peru, Indiana. He was born to June 22, 1951 in Rochester, Fulton County, Indiana to Russell and Coleen “Bonnie” (Bahney) Miller. Stormy had many trials in his life, but he didn’t let that slow him down. He was a 1970 graduate of North Miami High School and attended Ivy Tech. He enjoyed playing pool and watching Westerns. Survivors include his uncle and aunt John and Barbara Bahney of Macy, Ind. and several cousins. He thought of many of his aids, caregivers, and nurses as his family as well. He was preceded in death by his parents Russell and Bonnie Miller and a brother Robert Terry Miller (Aug. 13, 1965). The funeral service will at 2:30 pm, Tuesday, Nov. 19, 2019 at Hartzler Funeral Home 305 West Rochester Street Akron, Indiana with Pastor Wayne Balmer officiating. The burial will take place in the Akron Cemetery, Akron, Indiana. Visitation hours will be from 1:00 pm to 2:30 pm, Tuesday, Nov. 19, 2019 at Hartzler Funeral Home, Akron, Indiana. Donations can be made in Stormy’s memory to the donor’s choice of charity.

The family of Gary "Stormy" W. Miller created this Life Tributes page to make it easy to share your memories.

Send flowers to the Miller family.