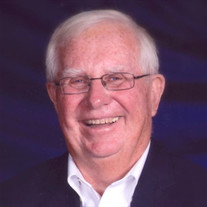 Gary L. Sriver, 79, Akron, Indiana, passed away on November 5, 2017. Gary was born in Rochester on January 23, 1938, to Claudia (Rhodes) and Orville Sriver. Gary shared his childhood with younger brother Randy. Gary and Tamara shared a lifelong friendship with Randy and his wife Judy. While Gary was fond of all of his uncles, he shared a special relationship with Bob Rhodes. Gary married his high school sweetheart Tamara L. Hand of Akron on February 22, 1957. Lamoin Hand, Tammy’s father, was considered a mentor and friend throughout Gary’s life. Gary and Tamara celebrated their 60th wedding anniversary in February of 2017. Gary was an outstanding baseball and track star and a superb basketball player for the Akron Flyers, led by Indiana Hall of Fame Coach Phil McCarter. After graduation, Gary earned a B.A. from Manchester College and M.A. at Indiana University in Bloomington. In 1961, Gary accepted a teaching position at Noblesville Community Schools, where he taught middle school and high school social studies from 1961-1972. In addition, Gary coached freshman football, basketball, and varsity track. In 1966, varsity coach Jim Belden recruited Gary to coach freshman football in hopes of building the program. One of the players on Gary’s team was country singer Steve Wariner. In 1972, Gary left teaching and moved back to Rochester and eventually to Akron, spending the rest of his career selling educational film, video, and books for McGraw Hill, Simon and Shuster, Disney, and other companies. He continued doing this until his death. Gary also supplemented his income during many summers painting houses; first in Noblesville leading a crew consisting of fellow teachers, and later in Rochester with his oldest son and his friend, Brian Jennings. In 1992, Gary was elected to represent District 2 on the Fulton County Council, serving as President for many of those years. His proudest accomplishment was the county park system that he initiated and passed by the Council. Gary also served as the voice for the Rochester Zebras football and basketball teams on WROI for the majority of the 1980s. Gary was an avid reader and loved suspense fiction along with non-fiction American History books. He also loved sports, and was a lifelong fan of the Chicago Cubs, Chicago Bears, and NCAA basketball. However, his biggest passion involved outdoor activities. He kept a large garden every year beginning in the late 1950s until his death and delighted in open-air work, including mowing, chopping wood, or diving his tractor. Gary was most proud of his children and grandchildren, including oldest son, Shawn Sriver (Tanya) of Fishers, IN; oldest daughter Letitia Leininger (William) of Akron and their children Darby and Liam; youngest son Joshua Sriver (Christina) of Akron and their children, Ashton, Grayson, and twins Carly and Lily; and youngest daughter Natasha Maser (Scott) of Fort Wayne and their children Colin and Elianna. He relished spending time with all his children and grandchildren. Time and Date of Memorial Service: 11:00 am, Saturday, Nov. 11, 2017 with visitation from 9:30 to the time of the service. Place of Services: Grace United Methodist Church 201 W. 7th St. Rochester, Indiana Minister: Rev. Kerry O’Brien Memorial Visitation Hours: 3 pm to 8 pm, Friday, Nov. 10, 2017 at Hartzler Funeral Home 305 West Rochester Street Akron, Indiana Memorial Contributions to: Fulton County Parks and Recreation or the Grace United Methodist Church

The family of Gary L. Sriver created this Life Tributes page to make it easy to share your memories.

Send flowers to the Sriver family.