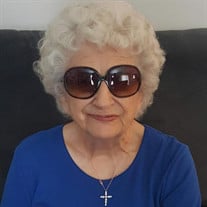 Donna Belle French, 92, of North Manchester and formerly of rural Silver Lake passed at 7:25 am, Wednesday, August 25, 2021 at Timbercrest Senior Living Community of North Manchester. Donna was born on July 22, 1929 in Kosciusko County, Indiana to the late Harmon O. and Ethel F. (Landis) Bucher. On May 10, 1947, in the Silver Creek Church of God, Silver Lake, she married Richard E. French, who preceded her in death on July 26, 2012. She was a 1947 graduate of Burket High School. Donna had worked for General Tire, The Akron-Mentone News, as a secretary for Manchester College, and was a cook at Akron School. She raised her family near her childhood home. She lived in the same home for 69 years, before moving to Timbercrest. Donna was an active member of the Silver Creek Church of God and had attended the Akron Church of God in years past. She was a member of the National Conference of Churches of God and the Gideons Women's Auxiliary. She was very talented. She was a pianist, organist, song leader as well as performing skits that she, and others, had written. She was known as a collector of owls. She and her husband wintered in Florida, where they made many friends. She enjoyed spending time with her christian friends and shared her faith all of her life. She lived her life and loved the Lord in everything that she did. She is survived by a daughter, Suzanne and husband Mark Holt, Sweetser; two sons, Joseph and wife Sara French, Nappanee, and David and wife Marlyn French, Fort Wayne; grandchildren, Melissa Klotz, Cherie Dupor, Amanda Manley, Derek French, Amanda Thompson, Ashley Holt, Allison Nelson and Alexis Holt; great-grandchildren, Brady, Natalie, Tyler, Sydney, Merin, Sava, Draza, Ninah, Adah, Grayson, Ellie, Oakleigh, Bear, Hannah, and Mackenlee. Donna was preceded in death by her parents, her husband, brothers Gerald L., Earl D., Robert H., and Charles Edward Bucher, and a sister Mildred E. Clinker. Due to COVID-19 concerns, a private funeral service will take place at Hartzler Funeral Home 305 W. Rochester Street Akron, Indiana. A link to the funeral service will be available on the funeral home website on Monday, Aug. 30, 2021 after 6:30 pm. Burial will take place following the service in the Silver Creek Cemetery, Silver Lake next to her husband. Donations can be made in Donna’s memory to the Silver Creek Church of God. The family would like to express a special thank you to the staff at Timbercrest Senior Living Community. om

Donna Belle French, 92, of North Manchester and formerly of rural...

Send flowers to the French family.