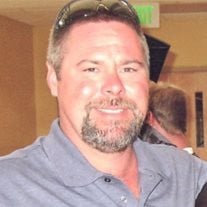 David Matthew Seitner, 42, Mentone, died at 5:30 p.m. Friday, Jan. 24, 2014, in Mentone at Cargill as a result of an accident. David was born Oct. 7, 1971, in Warsaw, the son of Charles David and Nancy Jane (Bigelow) Seitner. On Dec. 21, 1991, in North Manchester, David married Robin S. England. David was a truck driver for RVH of Wheaton, Iowa. He had been a truck driver for 21 years. He was a member of the VFW of Warsaw. David was known as an avid Harley Davidson motorcycle enthusiast and loved riding his Heritage Soft Tail Classic with his family and friends. He was also a hunter and he enjoyed boating and camping. David was looking forward to the arrival of a grandchild. Survivors include his wife, Robin Seitner, Mentone; two son, Josh Seitner and Brandon Seitner, both of Warsaw; a daughter, Amanda and husband Denver Brown, North Manchester; sister, Melissa Seitner, Akron; two brothers, Charlie Seitner, Silver Lake, and Mark and wife Bobie Seitner, Warsaw; five nieces; five nephews; and a great-nephew. He was preceded in death by his parents. Funeral service will be at 10:30 a.m. Wednesday, Jan. 29, 2014, at King Memorial Home, 101 N. Tucker St., Mentone, with Pastor Michael Wilhite officiating. Burial will be in the Palestine Cemetery, Palestine. Visitation is from 4-8 p.m. Tuesday, Jan. 28, 2014, at King Memorial Home, Mentone. Memorial contributions may be made to the donor's choice. Share a memory or send an online condolence at www.hartzlerfuneralservices.com. Arrangements made by King Memorial Home, Mentone.

The family of David Matthew Seitner created this Life Tributes page to make it easy to share your memories.

Send flowers to the Seitner family.