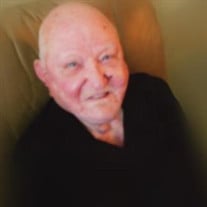 Charles Donald Walton, 93, of Mentone, Indiana passed at 2:15 am, Monday, Feb. 7, 2022 at Grace Village Retirement Community of Winona Lake, Indiana. Charles was born on Dec. 19, 1928 in Oakland City, Indiana to the late Creedes and Edna (Romine) Walton. He married on Oct. 31, 1953 in Mentone United Methodist Church to Dawn A. Ware, she survives. He served his country in the U.S. Army as a part of the 82nd Airborne during the Korean War. After the service he drove a truck and worked in factories. He then was a supervisor at Kralis Brothers of Mentone retiring in 1991, after over 40 years. He enjoyed reading, hunting, and loved fishing, especially salmon. He also enjoyed the time he spent spoiling his grandkids. He is survived by his wife Dawn Walton of Mentone; children Michael and wife Margaret Walton of Mentone, Jackie and husband Tim Croy of Mentone, Tina VanDusen of Mentone; twins Rodger Walton of Williston, North Dakota and Tony Walton of Poplarville, Mississippi, twins Valerie Dittman of Rochester and Victoria and husband Michael Knarreborg of Orlando, Florida, twins Joe Walton and husband Terry of Milford and Matt Walton of Carriere, Mississppi; Several Grandchildren, Great Grandchildren, and Great Great Grandchildren; a sister Delma Young of Hudson, Florida; and a brother Ron Walton of Indianapolis. Charles was preceded by his parents, 4 Sisters, and a grandson Jeremiah VanDusen. A memorial service is being planned for a later date. The arrangements have been entrusted to King Memorial Home 101 North Tucker Street Mentone, Indiana.

The family of Charles Donald Walton created this Life Tributes page to make it easy to share your memories.

Send flowers to the Walton family.