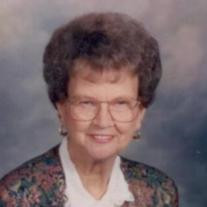 Betty J. Reeve Tann, 91, formerly of Marion, passed away at 5 a.m. Monday, April 23, 2012 in her residence. She was born April 25, 1920 in Grant County, Marion, Indiana to Herbert and Mabel (Russell) Reeve. Betty married Charles J. Tann Sept. 4, 1948 in Richmond, Indiana; he preceded her in death on April 22, 1992. Betty was a bank teller and had worked in retail sales as well as being a homemaker. Betty had lived in the Beaver Dam Lake area since 1986 moving from Marion, Indiana. She was a member of the Beaver Dam United Methodist Church and formerly a member of the Friends Church of Marion, Indiana. She also was a member of the Moose Lodge and the Elks Lodge, both of Rochester, as well as being the former Director of the YWCA in Marion, Indiana Survivors include her son, Gregory Tann, Claypool; sister, Joan Beard, Marion. She was preceded in death by her brother, Donald C. Reeve. Funeral services will be at 10 a.m. Thursday, April 26, 2012 in Hartzler Funeral Home, 305 West Rochester Street, Akron, Indiana with Pastor Butch Troke officiating. Burial will be in Grant Memorial Park, 1606 West 26th Street, Marion, Indiana. Visitation will be from 5 to 8 p.m. Wednesday, April 25, 2012 in Hartzler Funeral Home, Akron, Indiana Memorial Contributions may be made to American Cancer Society, American Heart Association, or the American Diabetes Association

The family of Betty J. Reeve Tann created this Life Tributes page to make it easy to share your memories.

Send flowers to the Tann family.