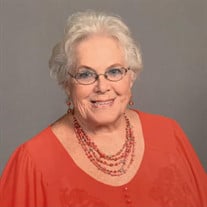 Audrey A. Henderson, 81, formerly of North Manchester, Indiana passed Tuesday, January 11, 2022 at her residence in Wimauma, Florida. She had lived in the North Manchester area, Jelly Stone Park, Pierceton, IN and was a Snowbird prior to residing in Florida. Audrey was born on March 22, 1940 in Fulton County, Indiana to the late Walter R. and Katherine Louise (Young) Gerrick. She married on Jan. 1, 1982 in Las Vegas, Nevada to Daniel L. Henderson, he survives. Audrey retired from Invensys Appliance Controls after 36 years of service. She was active in her U.A.W. Local Union #358, where she had been the Financial Secretary, Trustee, Committee person, and Auto Council Delegate to Region #3 Council & International Convention. She was a lifetime member of the North Manchester Moose Lodge. Audrey loved to craft and give to the children in the community. She was actively involved in water aerobics and looked forward to them. She loved to camp and travel. She enjoyed taking trips on the golf cart around the park visiting people and looking for the alligators. She adored all of her children and grandchildren, great grandchildren and great-great grandson and was just thrilled when she would get pictures of them. When not doing these activities, you could always find her out in the lanai working on a new puzzle. Her passion was collecting puzzles and sitting enjoying the Florida warmth while putting them together. She is survived by her husband Daniel Henderson; Wimauma, Florida. daughter Teresa Nelson, Rochester; sons John and wife Margi Pontius of Silver Lake, and Steven and wife Katrinna Pontius, Akron; a step daughter JoEtta and husband Keith Herrmann of North Manchester, IN.; step sons Kevin and wife Anita Henderson of North Manchester and Kurt wife Rhonda Henderson of North Manchester; 21 Grandchildren, 31 Great grandchildren, 1 Great ~ Great Grandson (from her children and step children); sister Nancy Dudney of Tampa, Florida; a brother Stanley and wife Ann Gerrick of Newnan, Ga.; and Booties and Dixie (Feline Babies). Audrey was preceded in death by her parents, a son Mark Pontius, grandson Ryan Henderson, and Cookie & Bobby Bear (Feline Babies). A Celebration of Life Ceremony will be held in the spring. The arrangements are entrusted to Hartzler Funeral Home 305 West Rochester Street Akron, Indiana.

Audrey A. Henderson, 81, formerly of North Manchester, Indiana passed Tuesday, January 11, 2022 at her residence in Wimauma, Florida. She had lived in the North Manchester area, Jelly Stone Park, Pierceton, IN and was a Snowbird prior to residing... View Obituary & Service Information

The family of Audrey A. Henderson created this Life Tributes page to make it easy to share your memories.

Send flowers to the Henderson family.