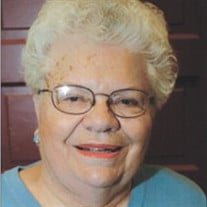 Elizabeth "Ann" Allen, 80, of Akron, Indiana passed Thursday, Sept. 10, 2015 at her residence. She was born Oct. 8, 1934 in Kosciusko County, she was the daughter of F. Leon and Margaret L. Hammerel Kindig. After graduating from Akron High School in 1952, she attended Indiana University. She married Loren Sheetz on June 28, 1953. They divorced in 1983. On July 30, 1989, she married Robert L. Allen Sr. in Akron. He preceded her in death on April 15, 2003. Editor of the former Akron/Mentone News, she worked for many years as a correspondent for the Rochester Sentinel and Farm World. She also served as marketing director for the former Akron Exchange State Bank. She wrote several books, including Born Again...but still wet behind the ears, Someone has to Pop the Corn, From Ties to Technology: A History of Pike Lumber Company, and The History of the Akron United Methodist Church in addition to a number of articles for the state and national publications. She was a member of the Akron United Methodist Church and a former president of the Woman's Press Club of Indiana. Survivors include five sons, Todd (and wife Cindy) Sheetz, Waynetown; Doug (and wife Karleen) Sheetz, Columbia City; Robert Allen Jr. (and wife Susie), Collierville, TN; Phillip Allen, Akron; Michael Allen; and a daughter Mary Alice Gibbs, Dallas, TX. Also surviving are 17 grandchildren, six great grandchildren, one brother, Alan (and wife Beverly) Kindig, a niece and a nephew and five great-nieces and nephews. Services will be held 10:30 am, Wednesday, Sept. 16, 2015 at the Akron United Methodist Church with Rev. David Eaton officiating. Burial will be at the Akron Cemetery. Visitation hours will be from 2 pm to 8 pm, Tuesday, Sept. 15, 2015 at Hartzler Funeral Home 305 West Rochester Street Akron, Indiana. Memorials can be made to the Akron United Methodist Church.

Elizabeth "Ann" Allen, 80, of Akron, Indiana passed Thursday, Sept. 10, 2015 at her residence. She was born Oct. 8, 1934 in Kosciusko County, she was the daughter of F. Leon and Margaret L. Hammerel Kindig. After graduating from Akron High... View Obituary & Service Information

The family of Ann Allen created this Life Tributes page to make it easy to share your memories.

Send flowers to the Allen family.